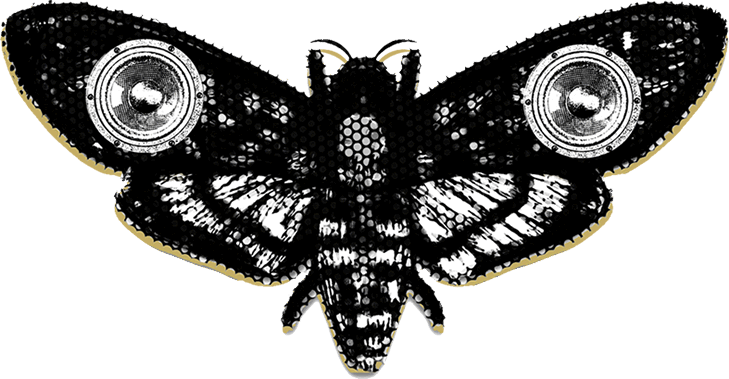 The latest from Sound Nectar Studios

I was asked to have a conversation with Maria Pendolino on Jamie Muffett’s VO School Podcast. We chatted a bit about Political advertising, genre tips for VO talent, things Voice Actors should be aware of before diving into Political Voiceover and then do some critiquing of listener submitted Political Reads.

What I thought would be much more interesting is if Maria and I did a mock session and ended up with a mock political ad at the end…. so we did! and Maria crushed it! At the end of the conversation you can listen in to how a Political Voiceover session may go and hear a fully produced Political Ad. Hope you enjoy!

I was asked by a voiceover artist to give advice to people just starting out as a VO director. Here is my attempt at keeping it short…which it is not.

The hot seat. You’re in a chair and someone has placed their trust in you to deliver a project worth putting out in the world. It’s your very first time directing a voiceover session…what do you do?
Panic?! Stay Quiet?! Fake it?!
Well, I assure you I panicked on my first recording session. And I have also messed up a lot of times sicne. I have been quiet when I shouldn’t have and over directed when I should’ve let the voice talent figure it out.

So here is what I wish someone would’ve told me before my first VO session;
Stay Calm,
Be Honest,
Discuss.

My Philosophy of Common Sense Voiceover Directing…
Our VO talent are our collaborative partners NOT our sled dogs.
Maybe this one isn’t just for new directors… we should all look for a creative collaboration with our voice talent. We can have the most wonderful script, cast the most talented voice actor you’ve ever heard and add a visionary creative director and it will still crash and burn if we cannot speak to each other properly.

But what about YOU, can YOU direct? Well, yeah you can! I believe everyone can give direction. Every person has their own taste and is able to make judgement calls on how the voiceover sounds to them. These are just skills that need to be practiced. Over time you will get better and better at conveying what your preferred reads are. What inflections are pleasing; what pacing sounds best to your ears. It boils down to finding out this: why certain performances are better suited for certain stories.

Do not worry about if you can/will be a good voice-over director. The talent you are working with, in all honesty, has already experienced bad to useless directors. Don’t be so afraid of being a bad director that you don’t share your thoughts at all. Your goal is to get a good performance from an artist who wants to give a good performance. It’s that simple! This also means you shouldn’t have to get in the way too often. Keep the overview of your entire project in mind. Trust that your voice actor can create the performance where everyone will be happy. You will help guide them along the way, but you shouldn’t drag them through the finish line.

Tips on how to be prepared: END_OF_DOCUMENT_TOKEN_TO_BE_REPLACED

Tribeca Online will be premiering the film we mixed They’re Trying To Kill Us! It will stream during the Juneteenth programming. You can watch our handy work and this important documentary on June 19th by purchasing a Screening at Home Ticket here!

INVINCIBLE! The animated superhero show that could help you with voice over!

Paying attention to emerging trends in Voiceover is something us sound engineers make time to do. I find it much easier when it also intercepts with my leisure interests, like comics! When something remarkable happens, our ears take notice. If you aren’t skirmish around animated gore, watch Invincible, if only for the vocal direction. It’s not your typical creative direction for epic animation!

Don’t want to waste time on a synopsis of the show since there are many people out there who do that for a living, so quickly our super family members are Mark Grayson (think Spiderman mixed with Superboy) his Mother Debbie Grayson (Not powered BUT voiced by Sandr Oh) and Father Omni-Man (think Superman or maybe Homelander). If you liked the comic, you’ll enjoy the series. If you don’t like Robert Kirkman’s style of gory over-the-top violence in a long dramatic series filled with unrelenting trauma and tragedy for his protagonists, well maybe the series was never going to work for you. However, it’s the unique-for-the-genre voice over direction is what we’re talking about here.

Remarkable actors portray every character in this show but don’t expect larger than life superhero performances. These actors are doing very little which I believe accomplishes more.

The series opens on a conversation where Steve the security guard (Jon Hamm) is explaining the struggles of his adopted teenage son. Such a quiet and thoughtful note this series decided to start on. Hamm’s vocal projection is minuscule. His vocal performance is intimate and brings a ton of emotion and humanity to this conversation. Immediately I’m wondering if this sets the stage for the show, is this to contrast this project from all other epic superhero animations? Is it just a set up for an epic fight that breaks this emotional set up? Well yeah, maybe yes to both.

A couple scenes later we see Omni Man (J.K. Simmons) hushed and gentle vocal delivery. First Jon Hamm now J.K. Simmons, both completely pulled back in their performance. These two are fantastic actors and they’re not putting a lot into these reads? Neither of these actors are just phoning it in… they were directed this way. WHY?

We have all gotten used to the non-announcer spec on voiceover projects keeping our VO performances toned down and feeling natural. We do this to create authenticity and avoid an obviously selly/announcery voice. I believe by now we are all tired of being sold to, so instead we are more interested in conversations rather than sales pitches.

Back to our show. Our protagonists seem to be taking this a step further with something I want to call the Ultra Conversational or maybe Anti-Announcer read. It doesn’t seem to matter what’s happening on the screen, voiceover performances by J.K. Simmons(Omni-Man) and Steven Yuen(Mark Grayson) are so turned down they’re just above a whisper.

Even when their characters are flying around the world or at great distances from each other, neither uses any projection. Never raising their voice; never too ‘animated’, never over acting. Which if you really wanted to argue, having super sensitive hearing could mean keeping conversations at a hushed level would be more comfortable. But even the unpowered keep it quietly ultra-conversational. END_OF_DOCUMENT_TOKEN_TO_BE_REPLACED

Today marked our 1st year as a company!

Starting a Audio Post-Production house 2 weeks before a worldwide pandemic shutdown Las Vegas & most of the country was not the launch we anticipated but we have been plugging away doing post work we are proud of!
In a major political year, we self-produced political ads that were licensed in critical swing states, wrote scripts for well-known PACs, remixed previously recorded spots and collaborated with Voice Over talent to showcase their political voice! It turns out we are more than just audio engineers around here!

Starting out in 2021 we have already spent hundreds of hours on important creative projects we are anxious to share here.

A massive THANK YOU to everyone for all the support, the encouragement, the referrals, and the trust you placed in us for your Voiceover Demos, Commercials, Videos, and Films! It is deeply rewarding and beautiful to spend our time creating meaningful projects! 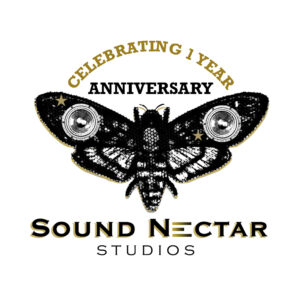 We were thrilled to mix this teaser and are now anxiously anticipating the completion of Why Dinosaurs? an upcoming documentary celebrating dinosaurs and the people who love them. Which, we believe, is everyone! Hypeosaurus Yes!

As a company and as human beings we are dedicated to racial equity and justice. So it was truly our privilege to be able to work on this trailer for the upcoming documentary They’re Trying To Kill Us. We completed this mix a couple months ago but wanted to share the project as well as their crowd funding page.

And within a week of being on indegogo the project has exceeded it’s funding goal! If this is an issue you want to learn more about or help fund, please visit Hungry For Justice’s indiegogo page!

Launch is a GO

We’re not new but this website is! I am Brandon Perry and I want to thank you for checking our studio out. This space will be used to post our latest work, outings, voiceover tips and other musings. We’ll share what we do and what we know and hopefully you’ll get something useful out of it. Please let us know if you have any questions or if we can help you out in any way!